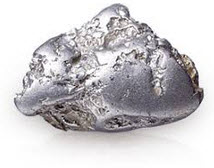 A major force on the palladium market is the automobile industry, since palladium is used in catalytic converters.

Other major demand-creators on the palladium market are the electronics industry and the jeweler industry. The alloy sold by jewelers as “white gold” contains gold + one or more white metals, and palladium is one of the white metals that can be included.

As the demand for catalytic converters increased towards the end of the 20th century (largely due to stricter environmental laws on major automotive markets) the spot price of palladium increased as well, peaking at nearly 1 000 USD per troy ounce in early 2001. It should be noted that a contributing factor to this price hike was speculation based on an assumed future demand for catalytic converters, not actually demand for palladium in the years 2000 and 2001. 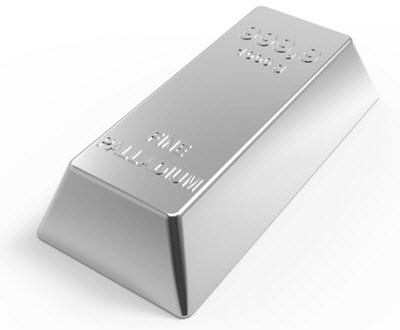 Russian and South Africa are the main suppliers of palladium for the world markets. Of all the palladium mined in a typical year, almost 45% comes from Norilsk Nickel-owned mines in Russia and approximately 40% comes from various South African mines. Of the remaining palladium, a majority comes from mines in Canada and the USA.

This situation makes the price of palladium sensitive to issues regarding Russian and South Africa.

The Russian government controls a large palladium reserve formed by palladium mined during the Soviet period. Exactly how large this reserve is and how it is managed is a state secrete.

Historically, the Russian government has now and then sold off large amounts of palladium from this reserve, and such sales tend to prompt major decreases in the palladium spot price.

On markets such as the London Platinum and Palladium Exchange, special ingots are used. These ingots are assayed by approved assayers and mus then remain within the exchange system to safeguard their quality.

Examples of countries that have minted palladium coins

The United States Mint has been authorized to produce and distribute a palladium coin, but at the time of writing, no such coin has been issued. The authorization is from 2010 and for a 1 troy ounce palladium coin with a 25 USD face value.

Instead of investing directly in palladium, there are many products for investments and speculation available that will give you exposure to the spot price of palladium without actually having to own palladium. Here are a few examples:

Example: You wish to expose yourself to the spot price of palladium, but without having a drawer full of palladium coins hidden in your office. So, instead of buying actual physical palladium, you invest in the LSE:PHPD – also known as the ETF Physical Palladium. This exchange-traded fund, which is listed at the London Stock Exchange, is backed by allocated palladium bullions.

Another way of gaining exposure to the price of palladium is by investing in palladium producing companies. Of course, by doing so you will not only gain exposure to the palladium price but a long list of other issues as well, such as the political stability in the mining areas utilized by that specific company.

Examples of exchange-traded stock companies that will give you exposure to the palladium price:

About the London Platinum and Palladium Market

The world-market price of palladium and the performance of palladium-exposed investments is strongly tied to events taking place at The London Platinum and Palladium Market (LLPM), since this is the most important over-the-counter trading centre for palladium.

In 1973, a group of metal dealers formed the London Platinum and Palladium Quotation, and this eventuality grew into the LLPM of today.

Who are the LPPM Members?

The members (full members or associate members) are large international banks or belong to various sectors of the palladium and/or platinum industry. The membership list does for instance include distributors, manufacturers, fabricators, refiners and producers of platinum and/or palladium.

Twice a day, Monday through Friday, the palladium fixings are set by four LPPM members. The first fixing is set at 10:45 CET (morning session) and second one is set at 15:00 CET (afternoon session).

The LPPM bid price serves as a benchmark for palladium prices world wide, since LPPM members guarantee that they will purchase (good delivery) palladium at the LPPM if offered to them at the bid price.

Many trades on the LPPM are speculative and involves parties that have no intention of physically delivering or taking delivery of palladium ingots. Even though physical delivery is possible within the system, most trades are cancelled in advance or cash-settled.